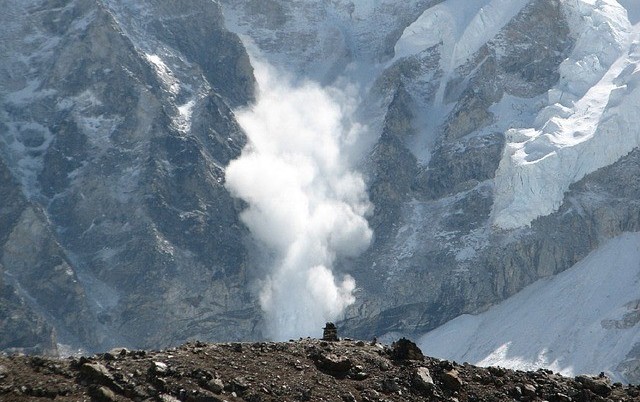 Imagine the fear of being buried alive, a small space left for air which you are using up rapidly.

You calm yourself but breathing in and out in that small space has built up the carbon dioxide, you feel the world turning black…

This is the worst nightmare for any backcountry skier caught up in an avalanche.

Now turn the tables, biting down on the mouthpiece at every turn.

You feel the snow rip under your feet.

Looking left and right you see there is no chance to get off the side.

Moving quicker you try to swim backstroke, but to no avail…you see the white covering over your head.

Hoping that your buddies saw your last position and knowing your beacon is working, you try to calm yourself.

The mouth piece is still there. Good.

Unable to move, you hit your head against the snow above you, you breathe through your mouth into the tube.

After a time you hear the shouts of your buddies and see a little snow movement.

More is cleared from your face and you grin as the sun hits your face.

‘wow, I thought we’d lost you…it took so long to get to you’

They find that you still have the mouthpiece clamped between your teeth.

You have a chance to extend the time you can survive under the snow from 15 minutes up to 58 minutes.

Add a nine ounce Avalung to your essential kit, along with the transceiver, probe and shovel.

No compressed gas to worry about for flights, or filling at the other end.

This covered tube which you can strap to your backpack has a mouth piece and two vents.

One to allow air in and one to let air out.

As they are at different locations the air you breathe is not mixing with the air you exhale.

The covered end pieces prevent snow from clogging the pipes.

There are retaining straps to affix it to your backpack.

And essentially that’s it. A very simple safety tool.

Can I fit it to any pack

According to the black diamond site you fit this to special backpacks that are equipped to secure it.

To me with the four retaining velcro straps you will be able to fit it to any secure backpack.

There is the Avalung II which is worn like your transceiver, this requires no backpack, and being worn under your clothing is very unlikely to be ripped off in the event of an avalanche.

How to use it

When you get to a run you are unsure of or think there is a chance of an avalanche, or even deep loose snow.

Then release the mouthpiece and grip it with your teeth.

At every turn adjust the mouthpiece grip to prevent it falling out.

At the end of the run, breathe a sigh of relief and stow the mouth piece to be used in the future.

To be able to breathe fresh air while expelling CO2 rich air elsewhere will keep you going until all of the oxygen in your airspace is used up.

To extend your ability to survive while in the worst case scenario when you are buried, and it is lightweight.

Well to me it’s a no brainer.

As long as you can secure it, and get used to sliding down the run with the mouthpiece in your mouth, practise is essential, then it could save your life.

There are reports when it was first developed by Dr Tom Crowley, that he buried his own son as a test – he must have had confidence in it.

It has changed a little since then and millions of dollars invested in it to make sure that it is safe.

Or a more recent one in the Denver Post

Does it work – well those people certainly think so.

And for the price you will pay for either the Avalung or the Avalung II, worn like your transceiver rather than attached to the backpack, then it maybe the difference between you being a buried victim or getting out alive.

The other place it helps is if you start your run and find yourself submerged in loose powder above your head.

As the avalung is designed to get ‘air from the snow’ you have a good chance of completing your run before choking on the loose powder.

The airbag may help in some situations, but if you get buried then it is of no use.

The avalung won’t stop you getting buried, but may help you live a lot longer than without it.

With it’s compact size, lightweight construction and ability to travel anywhere without problems  The Avalung should become part of your kit to take to the slopes.

There was a product recall in 2010, but the company dealt with it swiftly and efficiently.

Get your avalung now- reduce your risk.